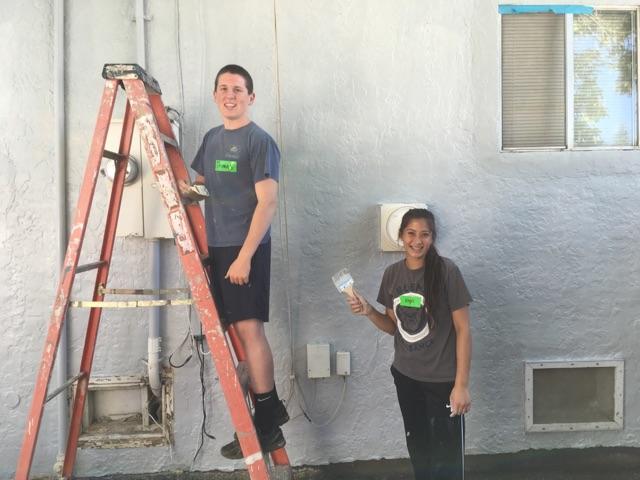 Habitat’s Preserve a Home Program serves low-income homeowners all over Ventura County. Andy, our Site Supervisor, and his team can be working on a home preservation in Ojai one day, and be in Moorpark the next. This particular story comes from Raymundo of Sunnyway Drive in Ventura.

Raymundo, a Ventura County native, was hit hard during the recent Great Recession and since then has struggled to recover. His home began to fall into disrepair and needed critical upgrades. The ceiling of his kitchen had completely yellowed and was about to crumble due to the continual leaks.  It wasn’t until he discovered Habitat for Humanity that Raymundo finally saw a way that he could fix his home and live in it safely again.

The Preserve a Home Program supervisor and volunteers spent several days at his home, replacing the roof, painting the exterior, and clearing the surrounding area to keep Raymundo safe in his home. As time went on, and Raymundo worked alongside the volunteers to improve his house, his spirit lifted and he began to have hope again. This transformation went beyond the walls of his home and gave him a new lease on life. Raymundo is now taking classes at Ventura College and is looking forward to getting a new job that he can thrive in.

Thank you Preserve a Home volunteers, donors and staff!

Go to our Preserve a Home page to find about more about our program.